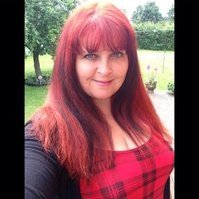 It would be impossible.   Even if it was someone amazing like Harrison Ford or Johnny Depp there would be someone that would say "they're OK but I wish it was Cameron Diaz!".   Guests will always

I'm getting more annoyed by the day. I usually go to this event on the Saturday. As i've said before, trains run a restricted time table on Sundays and the earliest train for me gets into London just