Share those surreal moments you just couldn't make up

On Saturday to get from the 1st floor to the 3rd me & a small group had to jump in a lift that was going down to the ground floor before heading back up. The lift doors open on the ground floor &a

Setting eyes on the guy with the big hairy belly dressed as Supergirl (?) I don't know when I will feel like eating again. 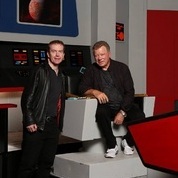 I'd already made a post about this on one of the facebook groups, but what the heck, I'll list them all here too! (Deep Breath!):-   1) Taking a short cut round the tight corner behind the cosplay s