As is tradition as the years comes to an end. What films did you see? List all the movies released in 2022 below in order of best (or at least films you remember seeing). I'll start:   1. El 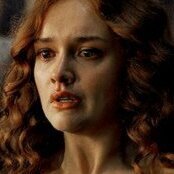 I've been watching a lot of new movies lately- both actually new and some old ones I just never got around to. I've tried to list these from newest to oldest.   Texas Chainsaw Massacre  I