What book are you currently reading?

Currently reading Mockingjay which is the last in the Hunger Games trilogy by Suzanne Collins, brilliant set of books! I then shall be moving on to Let The Right One In by John Ajvide Lindqvist. 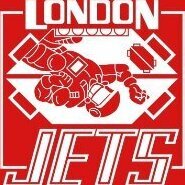 Clive Cussler. Thanks for the great tales of adventure and discovery. Thanks for NUMA, Dirk Pitt, Al Giordino, Admiral Sandecker and the rest. Rest In Peace.