This is something similar to the Raw and Samckdown results threads pinned above. Hopefully this thread wil be pinned so we can keep it alive so to speak.   Anyway, you can discuss spoilers in here a 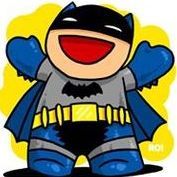 So theyve remembered who Joe is and that hes got a title shot huh.....well its better than AJ vs Angle again, plus Pope got a victory over the champ, wonder how long before hes losing to Orlando Jorda

Who's behind Aces and 8's guys? I'm going for Jarrett to provide an angle for his return