My 2nd LFCC: My Experiences and the Overall Day 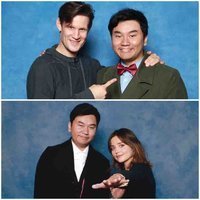