(Some) Digital Photo Downloads are Now Live! Yeeey! (Give them time to upload all of them) 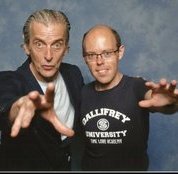 This one has to be the best 1 though! http://showmasters.photoshelter.com/gallery-image/Iron-Fist-Group-Finn-Jones-Jessica-Henwick-Wai-Ching-Ho-Sacha-Dhawan-gallery/G0000_MOyTrcpQLM/I0000syF.JJGY

She may have had pics before and wanted a truly unique one http://showmasters.photoshelter.com/image/I0000PyQ6QiDydtE

The iron fist pics are awesome! Laughing out loud. Although someone shouldve done a conga shot!