Don't really know where to start with Famke as meeting her with a Diamond Pass was something of a mixed bag to say the least.   My top three female guests I have always wanted to meet were Gillian A 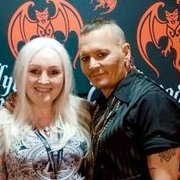 We have 100's of photo ops taken every year and Famke was the worst experience we have ever had. You literally could have been next to a wax work. It is only manners to say hello when spoken to, she l

I would quite like to leave my opinion. I was EXTREMELY disappointed. Nothing particularly happened thats made me want to comment.... but if we're paying all this money to meet someone then they shou