By bunny-summers,
October 19, 2014 in London Film and Comic Con Winter 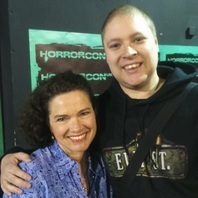 ^^ This   If the price has to be upped then do it before the show starts not during. If everyone had paid £20 from the start then I don't think there'd be much of an ill feeling or made a big of an

Thanks for your post Jason. I will just end by saying that guest prices are for the most part reasonable at Showmasters events and I'm grateful for this. What I don't like is guests changing their min

I've always considered them a bonus, its a nice little freebie you get in with the autograph. If you want a photo that bad then book a photoshoot.... job done