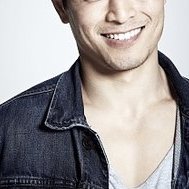 Brandon Routh - What did you talk about?